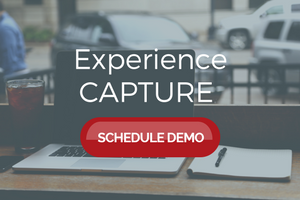 Now that your application has passed nonfunctional testing, User Acceptance Testing can be used to quickly confirm if it works alongside other LoB and third-party software as expected.

This more advanced testing should be done in a safe and low-footprint environment. Capture will automatically spin up a virtual machine setup mimicking a production release of the product as well as an AppV object, the relevant Active Directory (AD) security group and the UAT test account associated with the AD group.

If user restrictions on the virtual machine desktop are a concern, you can alternatively install Access IT Automation’s UAT client onto a physical desktop and use CAPTURE to handle the UAT workflow from there. The tester will then receive an email notification containing the URL to the VM with the test account installed and a randomly generated password.

While many product owners would agree that testing is important, only very few enjoy the actual process of testing. Many skip through it and results become inaccurate, inconsistent and sometimes inconclusive. With CAPTURE’s evidence-based user acceptance testing, users can leverage the interactive wizard to easily record and annotate screenshots — making the process not only more effective but also much more enjoyable for the tester.

The other problem with UAT is that manual testing requires a lot of resources and time. With CAPTURE’s pool-based user testing, virtual pools of resources are automatically created and the workflow triggers an email notification to all testers containing all relevant information, such as login credentials.

By harnessing the pools of virtual machines with various builds and operating systems, product owners or their delegates and developers can test new or existing products seamlessly and at the same time — saving a significant amount of time and resources.

The test environments are immediately ready and once their UAT is complete, the machine can be wiped or killed off instantly. This allows you to not only hold parallel UAT sessions but also go through the process much faster, as you are not constantly running out of machines or spending extra time preparing them for the next person.

As they close the session, they select if the app has passed or failed the test and the workflow will forward the app to deployment or back to packaging.

Take Capture For A Test Drive. Request A Demo!

Capture makes User Acceptance Testing a breeze. Our end-to-end, easy-to-use wizard will guide you through the entire process.

Traditionally, UAT is a resource-hungry process. With Capture, you can create, wipe clean, or kill off all resources in an instant.

Capture's modular written workflow is unlike other automation tools. You can use the pre-canned versions or customize and tailor it to meet the demands of your visualized workplace.

From logging all relevant MSI or App-V data to recording your testing successes and failures, Capture delivers all the information you, your product owners, and executive management need.